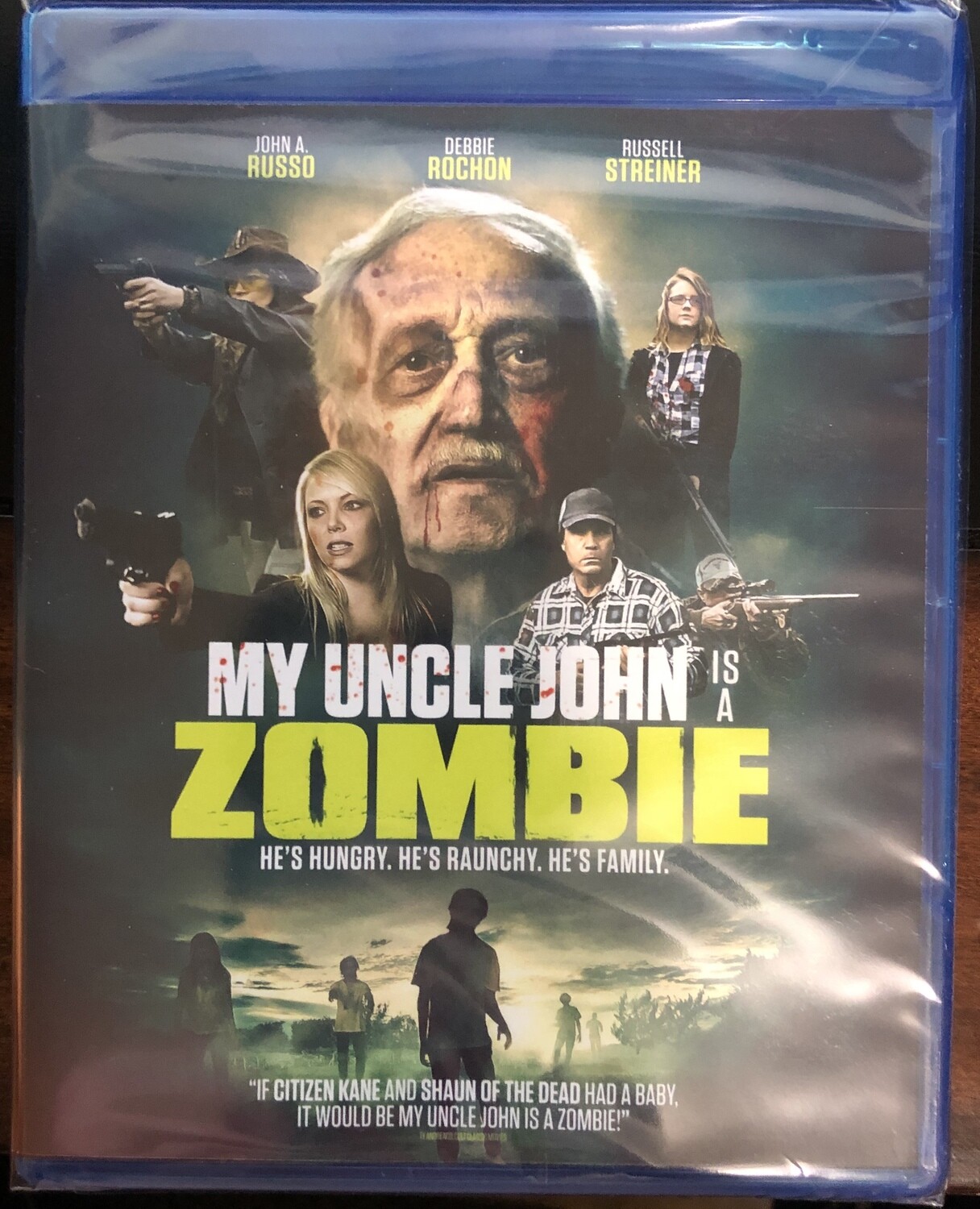 My Uncle John is a Zombie BluRay (ITN Official Release)

From the co-creator of Night of the Living Dead...John Russo.

A zombie kept in hiding by his niece and nephew suddenly becomes famous when the world discovers he can talk and reason as though he were alive. As his popularity grows, he is discovered by zombie hunters who want to kidnap him and hunt him for sport.

In addition to the mezzanine (full movie) and trailer, this BLU RAY contains a SPECIAL FEATURE: John Russo's Tribute to George Romero and is exclusively on this ITN commercial release.

Price includes shipping to US addresses only..

Save this product for later
Display prices in: USD